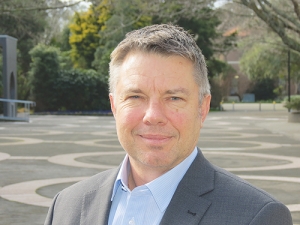 The New Zealand Veterinary Association (NZVA), which played a key role in helping to shape the bill, says some of the key changes include the legal recognition of animal sentience – sensation or feeling in animals – for the first time in New Zealand law.

NZVA president Dr Steve Merchant says veterinarians are at the vanguard of animal welfare advocacy and public support is behind us in the call for greater clarity on issues concerning animal welfare and increased sanctions for animal cruelty.

Expectations on animal welfare have been rapidly changing, and practices once commonplace for pets and farm stock are no longer acceptable or tolerated.  The bill brings legislation in line with our nation’s changing attitude on the status of animals in society.”

He says the inclusion of sentience strongly reinforces that people are obliged to meet their animals’ physical, health and behavioural needs, and places New Zealand at the “forefront of progressive animal welfare legislation.”

Primary Industries Minister Nathan Guy says the bill will strengthen the protection of animals in New Zealand by improving the enforceability, clarity and transparency of the Animal Welfare Act 1999.

“New Zealanders care deeply about how animals are treated. 68% of New Zealand households have at least one pet, and we earn around $25 billion a year by exporting animal products such as meat, milk and wool. How we treat animals matters not just to animals, but to ourselves and overseas markets.”

The ability to effectively enforce animal codes of welfare has been a longstanding issue and the veterinary profession welcomes changes to enhance the protection of animals.  “The codes will now provide a clearer benchmark for compliance, rather than just being guidelines.”

Merchant says mandatory standards for the export of live animals are also strongly supported and were a central issue in the NZVA’s submission on the bill.

The bill provides for a penalty scheme to enable low-to-medium level offending to be dealt with more effectively, and gives animal welfare inspectors the power to issue compliance notices.

It also bans the use of animals to test finished cosmetic products or ingredients intended for use exclusively in cosmetics.