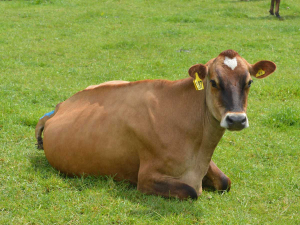 Malcolm Wood received a two-year jail term and his wife was fined $30,000.

Malcolm and Cheryl Wood pleaded guilty earlier this year to multiple charges under the Animal Welfare Act which included wilful ill-treatment and reckless ill-treatment of cows and calves that were part of a dairy herd they were in charge of.

They were both sentenced yesterday at the Palmerston North District Court.

Wood received a two-year jail term and his wife was fined $30,000. They were disqualified from owning animals for five years and ordered to pay court costs of $11,700 between them.

The Ministry for Primary Industries (MPI) took the prosecution after receiving a complaint about the poor condition of a large number of cows and calves in the 500-plus herd.

“There were multiple incidents of severe neglect. Some of the calves that were found were in such poor condition that they had to be euthanised. These calves were in a state of physiological stress resulting from severe malnourishment and should have been euthanised much earlier in order to end their suffering.

“Many of the milking herd that comprised approximately 167 cows were in extremely poor condition.

“The herd had been subjected to prolonged under-feeding leading to physiological stress and concurrent disease, such as mastitis.

“Neither Mr or Mrs Wood took any steps to address the malnourishment of the herd.  Instead, they continued to walk these cows to the milking shed twice a day in spite of their poor condition and low quantities of milk.

Other examples of abuse included 87 calves that were found in a rearing shed. All were dull, depressed, dehydrated, malnourished or emaciated to varying degrees.

It was found that calf-rearing basics were not being done and the calves were effectively being starved through receiving only a quarter of their daily needs.

Milk was being fed cold to them meaning that half of the milk energy was consumed just to achieve body temperature. Calves in need of veterinary treatment were not receiving it.

Orr says inspectors also found several injured cows on the property. Despite being aware of the injuries, the Woods did not seek veterinary advice or treatment.”

A veterinarian found that multiple management issues had contributed to the farm’s animal welfare issues, including insufficient feed and pasture on the farm and insufficient labour to satisfactorily run the farm.

“This is a very sad case that could have been avoided if farm practices were optimal. We are urging farmers who find themselves in difficulty to reach out to their local Rural Support Trust who are there to provide support and assistance when times are tough. The Rural Support Trust can be contacted on 0800 RURAL HELP.”