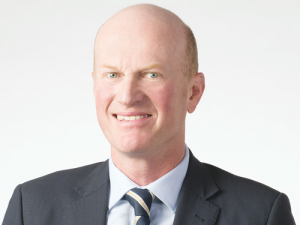 Agcarm and Apiculture New Zealand have announced the release of a campaign to increase awareness of the importance of keeping bees safe by using agrichemicals responsibly.

The campaign highlights the need for farmers and beekeepers to work together to manage the use of agrichemicals near hives. A flyer and poster have been produced on how to protect bees from unintended exposure to agrichemicals as well as tips on reducing risks to bees.

“Agrichemicals are also vital for ensuring the security of our food supply, especially as we are coined ‘the farmer’s market of the world.’ When these products are used responsibly they pose no threat to our bee population.

“The biggest threat to the bee population in New Zealand - and in large parts of the world – has been due to the parasitic Varroa mite. The mite decimated bee numbers in the five years after it was first detected here in 2000. Bee numbers have more than doubled since then - mainly due to effective agrichemical controls for managing the mite.

“It’s important that we remain vigilant and address any potential risks to our bees. We need to work together to ensure the coexistence of two of New Zealand’s most important industries.”

Agcarm distributor members across New Zealand will display posters and distribute flyers with practical tips about being responsible.

The campaign is being promoted during September to coincide with Bee Aware Month as well as the peak sale of agrichemicals and will appear in rural retailer stores such as Farmlands and Ashburton Trading Society.

“Although the message is always relevant,” adds Ross.

“The health of bees and the environment is a key driver for our member organisations. This demonstrates their commitment to that.

“It’s also important for manufacturers’ of agrichemicals to have clear label statements regarding safety precautions for their products including describing how to protect our pollinators – like our members do.”

Apiculture New Zealand chief executive Daniel Paul says “the numbers of beekeepers and hives, particularly in the hobbyist/non-commercial sector have been increasing over the past couple of years”.

“NZ’s bee populations contribute about $5 billion to our economy annually and they support about one-third of everything we eat.”