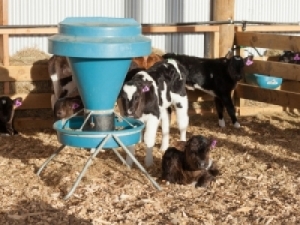 Farmed animals are the mainstay of our economy and to treat them badly is plain dumb, threatening the income of the very farmers responsible for these creatures' ability to produce high quality milk, meat or fibre.

Animals that are cared for well -- well fed, farmed in an appropriate environment and not stressed -- grow better and produce more. It's not rocket science to care for them.

Sadly, the Government is compelled to enact legislation to deal with the idiot fringe – people too lazy, too dumb and adopting a she'll be right attitude to animal welfare.

The new regulations will rightly hit them and so they should because they hurting the animals, which is cruel in itself, and are damaging New Zealand's reputation and putting markets at risk. Arguably they are committing treason!

The Minister for Primary Industries, Nathan Guy, points out that NZ has a great reputation for food safety and biosecurity and it must apply the same high standards to animal welfare.

Modern consumers, whether in Beijing, Boston or Blenheim, are interested to know how animals are treated onfarm, and if they hear of maltreatment they may not buy certain products. Reputational capital is all important to NZ.

In times past a farmer could feel safe from public scrutiny behind the boundary fence – not so now. Mobile phones with cameras can quickly capture images of the mistreatment of animals. The animal rights activists get great delight in highlighting farmers and others who treat their livestock badly.

Complicating this is the growing rural-urban divide, so farmers need to be more proactive in explaining their sensible farming practices which to a townie may appear cruel or wrong. The primary sector has been very lax over the years in this regard.

More regulations and resulting harsher penalties are an unfortunate necessity; let's hope common sense prevails so that the need to invoke them is minimal.

NZ is a world leader in food safety and is doing more than ever in environmental matters. And it is equally important that we look after our animals.

Nathan Guy says most NZ farmers look after their animals very well and they won't notice any significant changes "but those few scallywags who don't will have to pull up their socks".

It is about time.